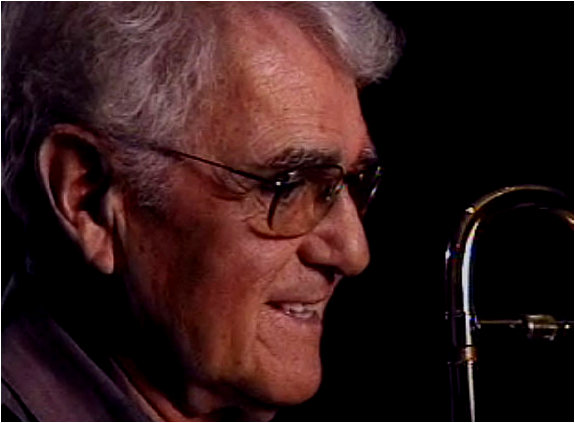 We are honored to welcome the great Dick Nash as a special guest for Trombone Day 2019! 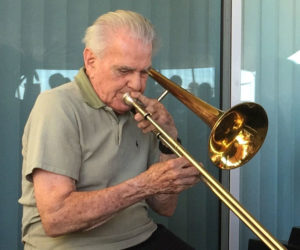 Amassing a whopping 3200 television and movie score credits in his long career, LA trombone great Dick Nash worked with all of the Hollywood heavy-hitters, including Henry Mancini, Jerry Goldsmith, and John Williams, and can be heard on many iconic recordings, such as Peter Gunn, Breakfast at Tiffany’s, Days of Wine and Roses, Sabrina, and Planet of the Apes, to name a few.  Dick will be joining Bones West and Marshall Gilkes on the finale concert at Trombone Day!  Don’t miss this incredibly special opportunity to hear a legend of the LA Studio Scene!